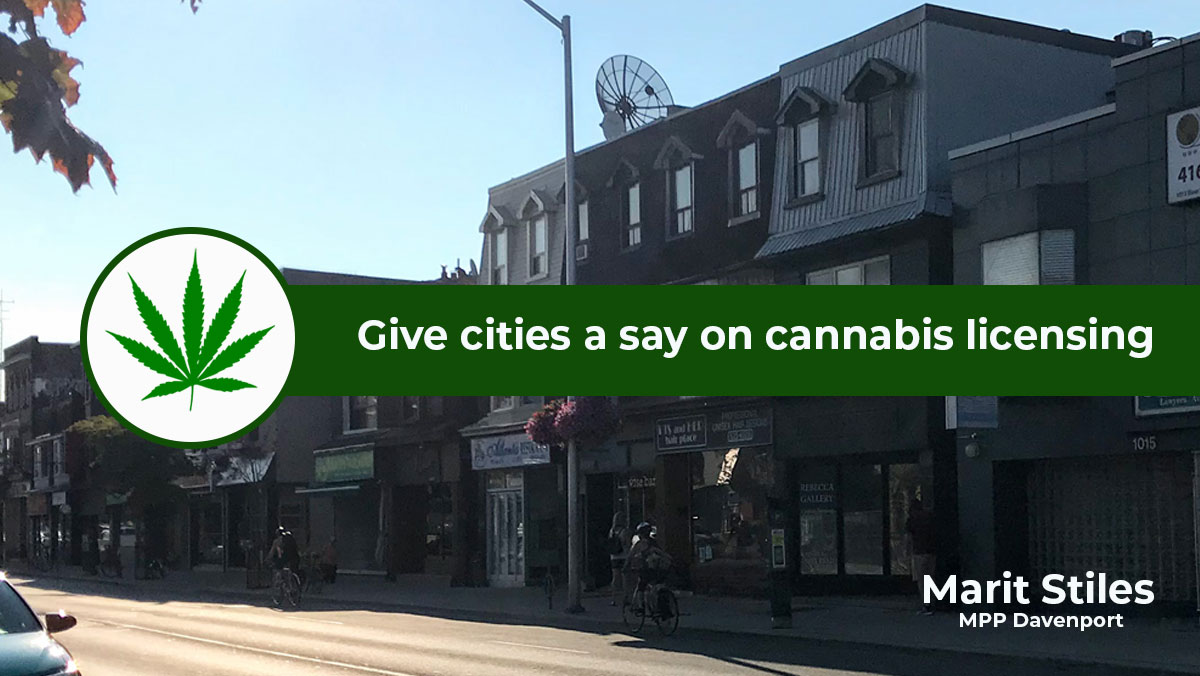 Communities should be able to benefit from cannabis legalization without losing the diversity and character of local neighbourhoods.

But the Ford government's licensing regime means that cities don't get a say in where cannabis shops can open, how many can be in a given area or how close they can be to one another. That's left some communities with no cannabis retail at all, while in others, a proliferation of stores clustered together is threatening the diversity of our main streets.

The loosening of restrictions on cannabis licensing coincided with a pandemic that has forced countless small businesses out of their storefronts through evictions or closures. To make sure municipal governments, and local communities through them, have a say in how their local main streets are developed, I introduced a private member's bill that would give them a stronger role in the licensing process, and would better align it with the way liquor licenses are issued.

Municipalities have the expertise and the planning knowledge to ensure legal, recreational cannabis is available to Ontarians, while maintaining diverse main streets. My bill gives local communities a stronger voice in that discussion.

ADD YOUR NAME to the online petition.